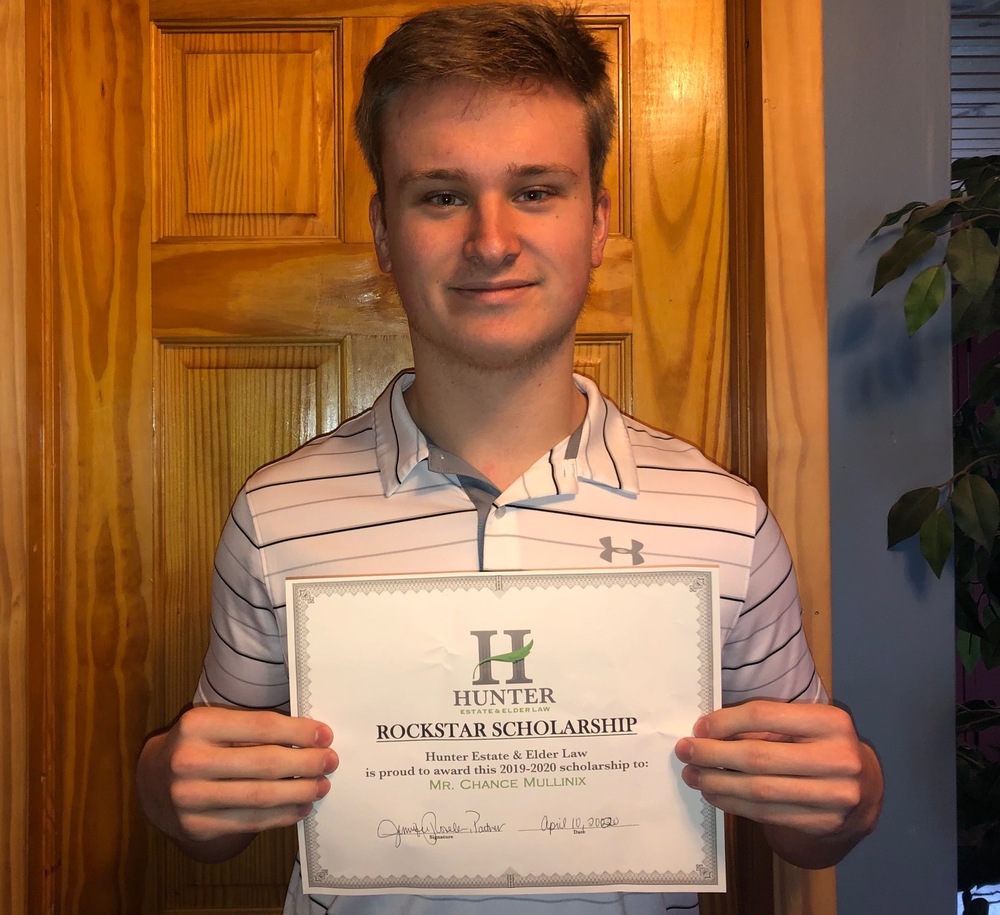 Mullinix is Acclaimed a Rockstar!

Riverton Parke High School Senior, Chance Mullinix has been named a “Rockstar” by Hunter Estate and Elder Law. Mullinix was awarded the Rockstar Scholarship from the firm in the amount of $500.

In order to be considered, Mullinix submitted the scholarship application, a personal recommendation letter, and an essay. The essay topic was, “If you could meet any deceased historical figure, who would it be? Why would it be them? What would you want to discuss with that person?” Mullinix chose Jackie Robinson as his historical figure. Mullinix is the first RP senior to have received this award.

Pictured with his certificate is Chance Mullinix.