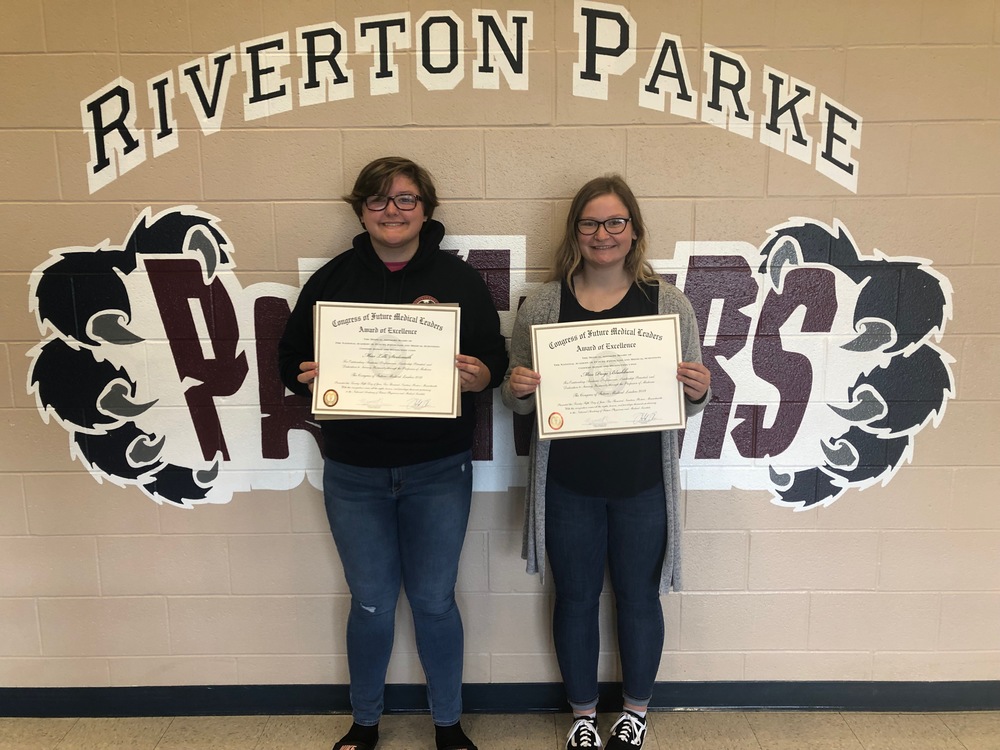 Paige Blackburn and Lilli Steelsmtih represented Riverton Parke Junior/Senior High School and the State of Indiana at the Congress of Future Medical Leaders in Boston, Massachusetts this past summer. The Congress is an honors program and both Blackburn and Steelsmith met the strict academic requirements needed in order to attend. Both young women aspire to work in the medical field. Principal Kyle Kersey was proud to present them both with an Award of Excellence for their successful completion of the Congress.

The young ladies were presented with many new opportunities such as watching a live surgery and being able to question the surgeon in real time. They viewed cutting edge technology and learned about state-of-the-art diagnostic tools. Among the presenters at the Congress were some of the greatest living minds, including Nobel Prize winners, medical school leaders, and young geniuses.

Blackburn plans to become a pharmacist. This idea stems from her sister’s battle with leukemia. Paige states that she was very interested in figuring out how the medications her sister took killed the cancerous cells in her sister’s body. She states, “I’m doing it for Parker and all of the other children who battle such terrible illnesses. I want them to all come out victorious and live long, full, productive lives.”

Steelsmith has future plans of becoming a neurosurgeon. Her interest in the brain began as she witnessed the deterioration of her great aunt due to Parkinson’s Disease. She feels the need to understand exactly how the brain works and wants to do more research to find cures for illnesses caused by the deterioration of the brain. Steelsmith said, “I just want to help people. Sometimes these illnesses seem so helpless, but I want to do something about it.”

Both ladies stated that attending the Congress was one of the most meaningful experiences they have had, and they feel it was a valuable step towards obtaining a position in their dream occupational field.

Pictured with their Awards of Excellence are Lilli Steelsmtih and Paige Blackburn.