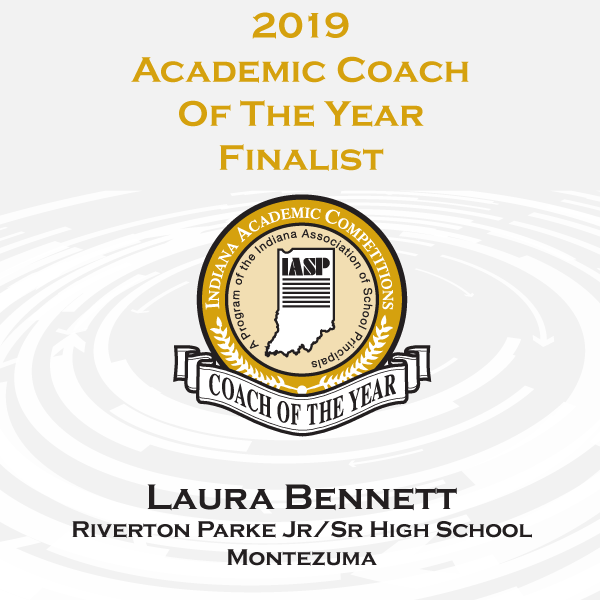 Congratulations to Mrs. Laura Bennett who has been named one of three 2019 High School Academic Coach of the Year Finalist by the Indiana Association of School Principals. This is a tremendous honor and achievement. Bennett will be recognized at the award luncheon at the Academic Coaches Conference in Indianapolis on September 23, 2019 and the winner will be announced.

Bennett just recently began coaching the high school spell bowl team. Her spell bowl team won the regional and finished second in the state competition in 2017. However, in 2018, they became the Indiana Academic Spell Bowl State Champions in Class 4. Bennett commented, “This year’s spell bowl team is already putting in the hours of studying trying to keep their title as State Champions.”

Bennett is looking forward to many more seasons of competition. She said, “It has been quite an exciting ride for the kids, parents, and myself. I'm very honored to be selected as a Coach of the Year state finalists at the high school level. I've enjoyed the time I've spent with the kids and their work ethic has really made me look good!”